We all know or work with a D-style person. They view their job as a competition; to be the best. Improving our understanding of D-styles can help us work better with them.

Meet Diana. Diana is a classic D-Style. We all know or work with a D-style like Diana. Diana’s decisive, direct, competitive, and independent. She can be tough, strong-willed, demanding, and self-centered. Her priority is to be on top. Diana prefers to focus on actively controlling tasks and things. When she is under pressure, she plays on her behavioral strength and can sometimes develop tunnel-vision focus. This can come across to others as showing a lack of concern or insensitive because she does not get input from others. Diana’s fear is to lose control. Her fear ties directly to her focus, which is to actively control tasks and things. 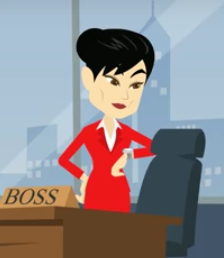 She approaches change with the attitude that “things don’t progress without change.” She wants to keep moving forward to progress and accomplish more tasks. When it comes to getting things done, she wants to do it now. In fact, she is likely putting her plan into action while others are still on the thinking phase.

Identifying a Diana in your life

A great place to start is a person’s office space. It’s where they spend most of their time so they will likely make it as comfortable and motivating to their style as possible. Diana’s ideal office would be the largest top-floor, corner office with the best view. Her desk and chair will be impressive. However, additional furniture may not be present since she wants others to come in, state their business, and move along. Her desk will have the latest technology, and will be laid out for multi-tasking and maximum efficiency. You’ll not likely find knick knacks and baubles, but diplomas and awards will be on display to announce them as the top of their game. 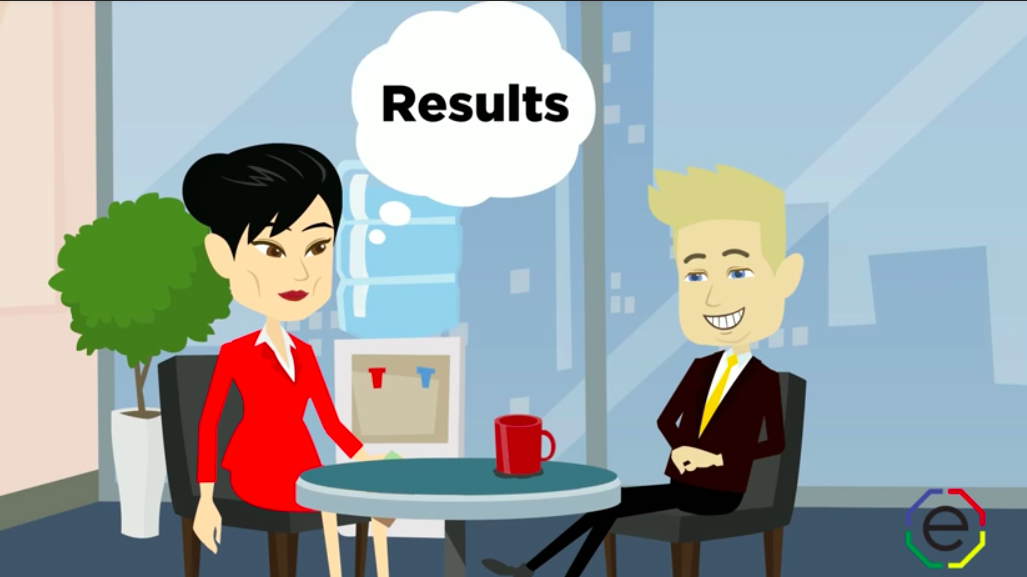 Diana comes across as more aggressive than others you work with. She’s not interested in chit-chat. Diana may often interrupt because she feels she has better ideas to offer or she wants to speed things along. In fact, she can come across as blunt and direct. She is focused on results and gets irritated because she wants things done now.

You often need to get to the point quickly because she will move on if you don’t. Diana acts fast. She may even be talking to more than one person, or typing emails as she’s talking to you, since she is likely to multitask. She wants you to tell her how your idea directly benefits her. You may be frustrated because she often states her opinions as facts and doesn’t always understand there are other viewpoints or consider the feelings of others.

Diana’s strength and when she over uses them 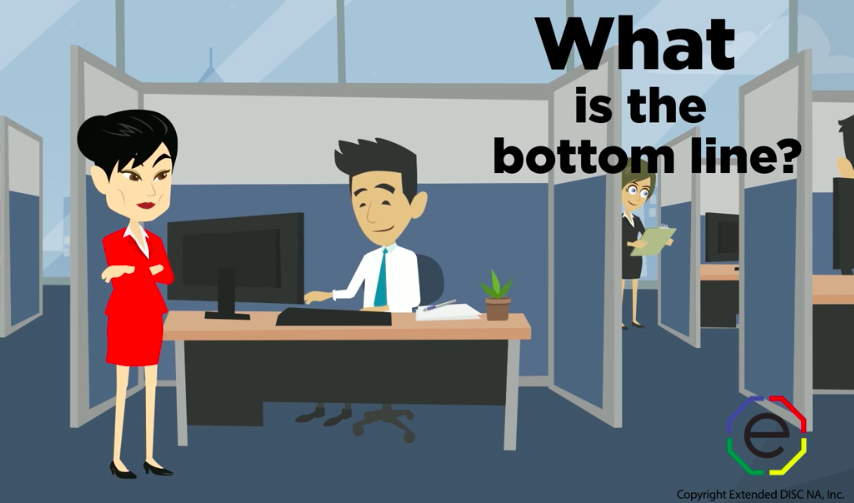 Diana has a lot of strengths as a co-worker. She makes decisions quickly and confidently. Diana will not spend a lot of time worrying about wrong decisions; she will move forward with absolute confidence that her next decision will be right. However, when she is feeling pressured, fatigued, or other strong emotions, she may start to overuse her strengths. Do you remember Diana running rough shod over your fellow employees? She doesn’t ask for suggestions or listen to anyone’s input; she can come across as close-minded and insensitive.

We admire Diana’s directness at times; it’s efficient in getting things done quickly and can even be refreshing. However, when it becomes all about directness Diana can come across as blunt. We all like healthy competition, but when it’s all about “one upping” you it starts to feel abrasive. Diana must use her strengths to be effective, but also needs to be aware when she is overusing them.

How Diana prefers to communicate 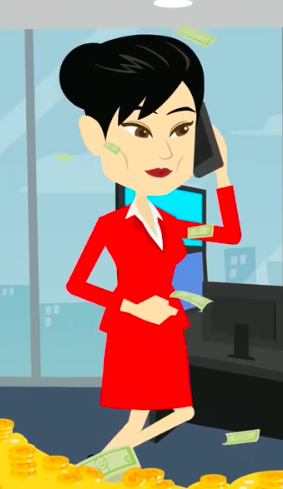 Diana’s communication style is very direct. Often times, she will not filter and comes across as blunt and insensitive. She naturally tries to dominate the conversation and convey her own opinions as facts. Her communication style is unidirectional; she talks and you listen. Diana is not usually interested in small talk. She is focused on getting things done so her conversation is pared down to the essentials that will help her accomplish it.

When it comes to listening, Diana is an impatient listener. She will interrupt you to move things along. In meetings she will try to take charge. If she is unable to take charge or speak, she may move on to check her emails or handle other tasks, instead of listen. 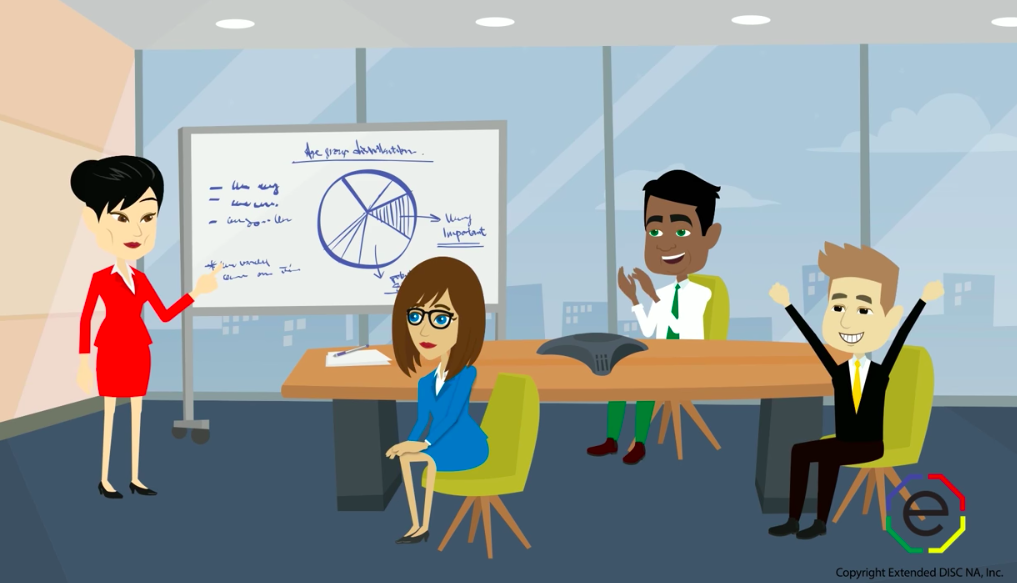 Diana may believe her tunnel vision focus of getting things done is beneficial to everyone. While it may be, she may be coming across as insensitive, abrasive and not a team player. Action and behaviors are more often than not, neutral. It is our own perception and views that add value to the behavior. If we understand Diana’s approach to things, we are able to better adjust our style to interact with her more effectively. For example, the next time we send her an email, make sure it is brief and provides only essential information. There is a likelihood she will respond more positively.

Consider the things Diana does in the team. Are there responsibilities that some of us prefer to avoid, such as assuming risks, taking the lead, or bluntly delivering bad results? These may be right up Diana’s alley and she will step up and take the lead. Diana actually makes our job easier because she is comfortable assuming roles and responsibilities that we may not be as comfortable with. Take a step back and appreciate what Diana brings to your team that makes it more successful.

How we can work better with Diana

Remember there is no DISC style that is better or worse. We all have similarities and we all have differences in our styles. Each one of us brings our own strengths and areas of development to our team. We never want be stereotyped or pigeonholed into our DISC style; we are more complex than just our DISC style.

Think of your own Diana. Now that you have a better understanding of her DISC style are there any simple adjustments you could make (e.g., speed up your presentation, focus on facts, but don’t overuse them, etc) the next time you interact with her?