Have you ever heard of Opposite DISC Profiles? The majority of us have not.

What are the Opposite DISC Styles? 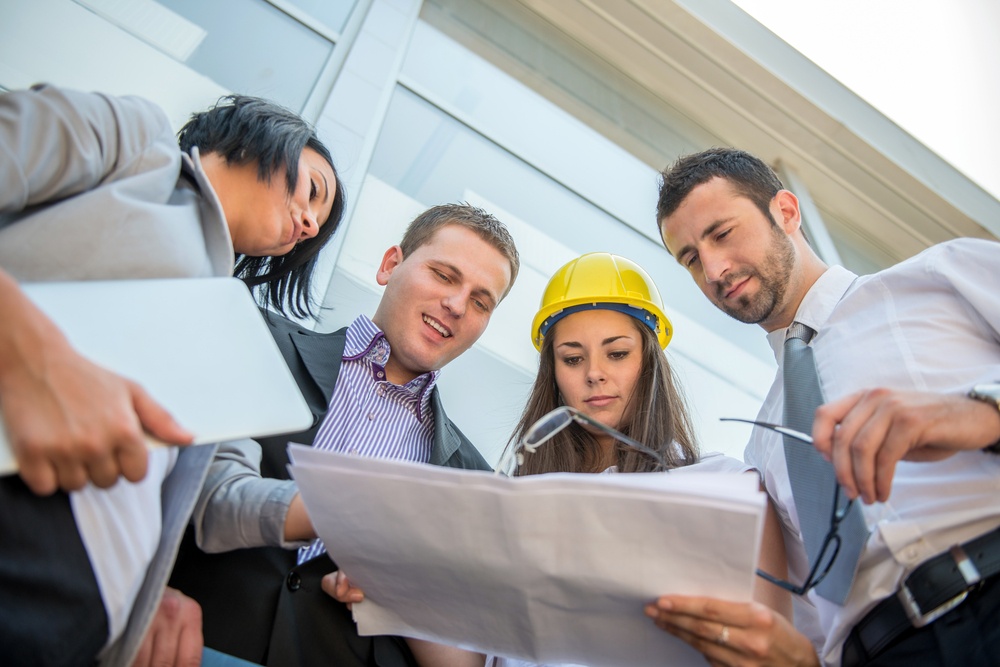 The Opposite Extended DISC Profiles identify people whose are a combination of the DISC styles that tend to be the most behaviorally different from one another. These opposite DISC styles are the furthest distance from one another on the Extended DISC® Diamond. They are a combination of two styles. The Opposite Profiles are “DS,” “SD,” “IC,” and “CI.”

There is no better or worse DISC styles or profiles. They are simply different; each brings their own strengths and areas of development. Extended DISC, unlike some other DISC tools, identifies people who have two opposite styles. It may seem impossible for a person to have only the two DISC styles that are contradictory; however, we are unique and complex human beings. Opposite Styles are not very common. They only account for 4% of the Extended DISC styles.

What Makes Opposite Styles opposite? 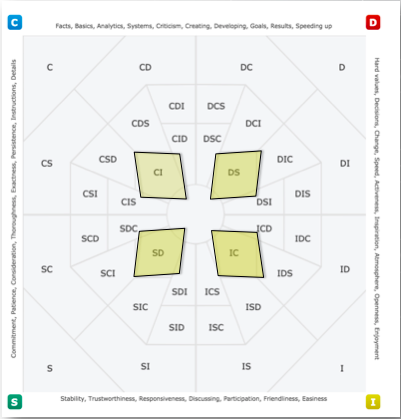 In the Extended DISC Diamond example above you can see the location of the four Opposite Profiles. They are closest to the center ring. If you are 100% of a DISC style you are located in the extreme corners of the Diamond. These 100% styles only account for 1% of all profiles. Two DISC styles, other than the Opposites, are located in the outer ring and account for 31% of all profiles. IC Profiles are typically very talkative but they like to talk about details.

The D-style and S-style tend to exhibit behaviors that are more polar opposite. For example, D-styles tend to be more aggressive, decisive, and individualistic. They prefer to focus on tasks, things and accomplishments. On the other hand, S-styles are easygoing and considered the “team players” of the DISC styles. They prefer to focus on people and feelings over tasks and things. They can be seen as indecisive because they want to make the best decision for the people around them and they want consensus before making a decision.

The I-style and S-style tend to exhibit behaviors that are more polar opposite. I-styles are the most talkative of the four DISC styles. They prefer to focus more on interactions and emotions whereas, the C-style is usually more reserved and prefers to work alone. I-styles are less focused on data and details and prefer to work in environments having a lot of variety. C-styles prefer to work in environments that are more structured and proven. They are often frustrated by uncertainty and chaos.

How are opposite styles identified? 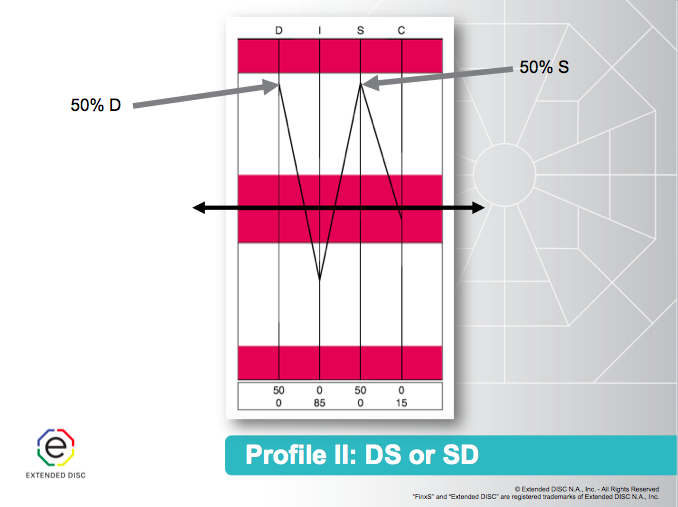 The example above is a textbook DS Profile. This person is a combination of D-style and S-style; 50% D and 50% S. This person is someone who is comfortable moving between their D and S styles. DS style individuals may have an internal conflict; their D-style half wants to move quickly and get it done while, their S-style half wants to consider how to get it done. They tend to be planners. When we are looking at any profiles, including any of the four Opposites, the relationship of the DISC styles is very important. For example, a person who is 90% D and 10% S is going to strongly exhibit their D-style behaviors over their S-styles behaviors versus someone who is 50%D and 50% S.

“I Plan” and “I Explain” Profiles 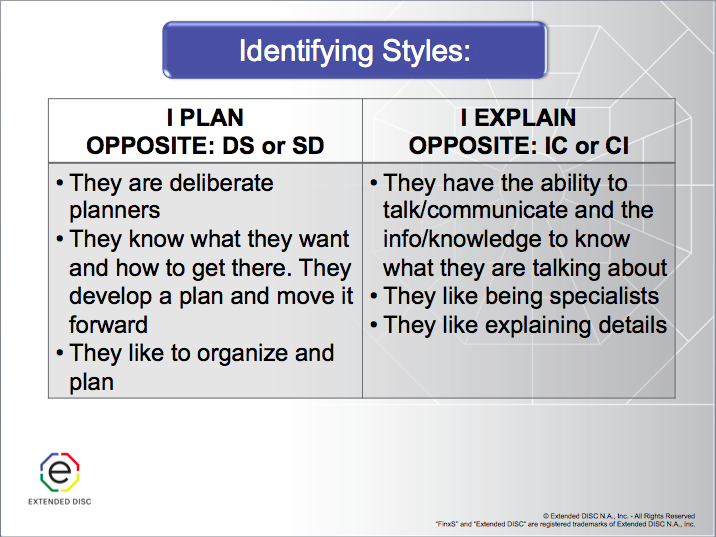 “I Plan” profiles are individuals with a combination of D-style and S-style. We call them deliberate planners because they see their goals, but they also want to understand how to get there. They know what they want, develop a plan and move toward it. Sometimes, they can be less decisive on timetable; how quickly or slowly to get there. They are very organized and persistent because results are very important to them.

The “I Explain” Profiles are individuals with a combination of I-style and C-style. IC Profiles are typically very talkative, but they like to talk about details and things. The I-style part of them likes to chat and the C-style part of them has taken the time to know what they are talking about. This style is commonly found in specialists who like explaining details. They tend to be verbally passionate and animated when they are focused in on their topics of interests.

How to better interact with opposite styles 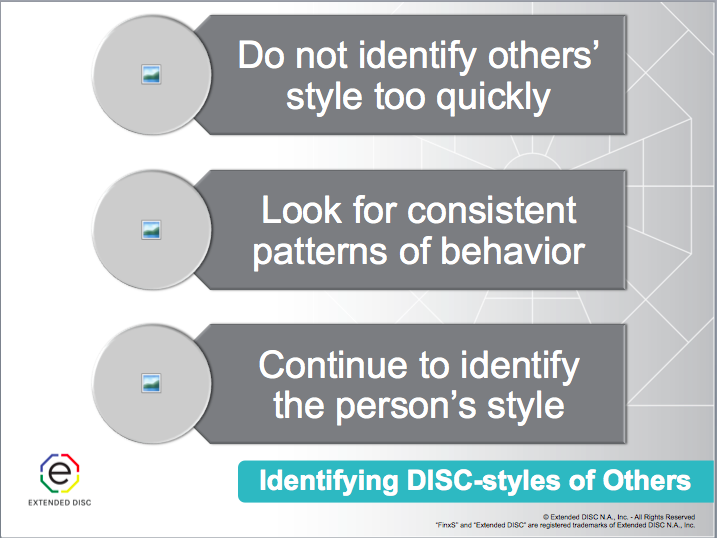 How do we identify people with Opposite Profiles? The first thing is to remember not to identify others too quickly. We want to be as confident as possible about the person’s style so we can effectively interact with them. Identifying someone’s style should be never-ending; we should continue to gather and reassess the information about the person’s patterns of behaviors.

People with Opposite Profiles exist. We can can better interact with others by understanding them.